2 Reviews
Regular price Sale price $14.99
Unit price / per
Share Share on Facebook Tweet Tweet on Twitter Pin it Pin on Pinterest
The Rubberlip or Rubbernose Plecostomus is for aquarists in need of an industrious algae-eating fish for smaller aquariums. This species grows to just a fraction of the size of the Common Pleco, with males reaching just four inches in length and females being closer to three. But, despite their small size, these can be a real workhorse for your fish tank, clearing off the algae so you don’t have to. This fish was finally given a real scientific name when it was described in 2011 as C. formosae. It has a distinctive style all its own, with dark-edged scales that form an attractive series of diagonal lines, as well as a number of dark polka dots which adorn the head. In the wild, you’ll find C. formosae in the swift head water streams of the Orinoco River in Eastern Colombia. There is usually minimal plant life growing in these streams, so this might not be the best fish to add to a lush and stagnant planted aquarium. Large, smooth stones placed directly in front of heavy water current will quickly become the favorite hangout of your Rubbernose Pleco. Also, room temperature water is preferable to a high-temperature tropical environment, as this will more closely replicate the natural water parameters. In smaller tanks or those which grow little algae, there is a real risk of this fish not getting enough to eat, so be sure to always check for a fat, full belly on this fish. Aside from grazing on the aquarium décor, it is recommended to supplement the diet with sinking algae wafers and some occasional fresh greens (shelled peas, blanched spinach, cucumber, zucchini). Part of their diet in the wild is also made up of small invertebrates, so be sure to include some frozen bloodworms or other types of meaty foods on the menu.
Customer Reviews
5.0 out of 5
2 reviews
5 stars 2
4 stars 0
3 stars 0
2 stars 0
1 star 0
Add a review
Hmm...you don't seem to have purchased this product yet to be able to leave a review.
You have already reviewed this product. If you would like to edit your existing review then please contact us directly.
Something went wrong! Please try again!
Sort: Most Recent Most Recent Highest Rating Lowest Rating With Photos Most Helpful
J
Jerry H. Verified Buyer
Oct 7, 2020
Love the fish, thank you
0 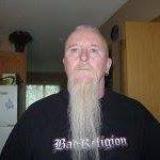